LOS ANGELES, May 4, 2021 /PRNewswire/ — As he prepares to release the fifth Mystic Braves album alongside guitarist Shane Stotsenberg, songwriter Julian Ducatenzeiler is reflecting on the key role that his family played in fostering his successful musical career. 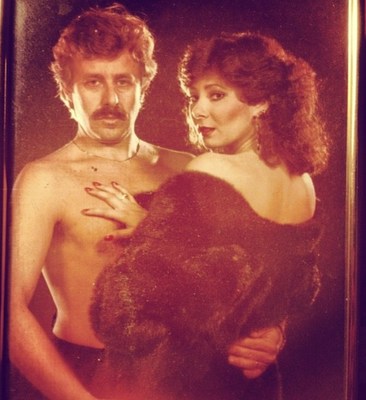 Ducatenzeiler’s talents were nurtured by his parents, two musicians who first met in Aruba, where each of them had gigs performing in separate bands. His father played jazz trumpet, while his mother was a singer.

According to Ducatenzeiler, they hit it off, but when Julian’s mother’s gig ended, she returned to the United States. The two kept in touch, and when Julian’s father invited his mother to return to Aruba and join his band. She accepted the invitation over her mother’s objections. There, they fell in love.

The young couple moved back to the U.S. They purchased a van in Miami and drove across the country to California, continuing to play in bands until they had children. Then they decided to switch careers to provide more financial stability for their family, while still offering support and guidance for their children’s own artistic expression.

«A love of music and respect for creative expression was something I grew up with,» reflects Ducatenzeiler. «I realize that many young musicians don’t find themselves in those environments, and I’m grateful for the inspiration they’ve given me.»

That inspiration now flows both ways.

«Maybe eight years ago, my father picked up the trumpet again,» Ducatenzeiler added. «And for a few years now, he’s been playing in the Buenos Aires jazz scene.»

The Mystic Braves have dropped several quarantine-inspired singles over the past few months. This summer, they will be releasing their fifth album.

«Julian’s music is rooted in something that goes back generations,» said band member Shane Stotsenberg. «It’s a beautiful thing to be a part of.»

About the Mystic Braves
Rooted in the psychedelic music scene of the 1960s, the Mystic Braves, formed in Murrieta, CA, are the embodiment of today’s Southern California creativity. Over the last few years, the Mystic Braves have emerged at the front of the garage band revival as a beacon of rock and roll authenticity. Their classic, unforgettable songwriting lends itself to energetic, memorable songs. Listen to the music at https://www.mysticbraves.com.