NEW YORK, May 3, 2021 /PRNewswire/ — Via, the leader in TransitTech, today brought an action for willful patent infringement against RideCo, a provider of transit software and solutions. Via filed the claim to protect the company’s intellectual property and prevent unfair competition by RideCo. 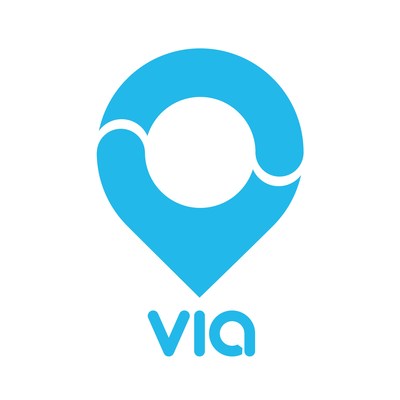 The complaint, filed today in federal court in the Western District of Texas, asserts that RideCo has been intentionally infringing on Via’s patents, and specifically, Via’s patented Virtual Bus Stop technology for efficient, on-demand dynamic routing for shared ride vehicles (U.S. Patent Nos. 9,562,785, 9,816,824, 10,197,411, 10,677,604), to unfairly improve its competitive position in RfP responses and other public procurements.

According to the complaint, RideCo never sought or secured a license to use Via’s patented technology. Therefore, its use of Via’s patents has been unauthorized and unlawful. Since 2012, Via has been working to reinvent public transit using the proprietary and innovative on-demand transit technology that it has developed over nine years. The suit alleges that RideCo’s willful infringement of Via’s proprietary patented technology has damaged Via through lost revenue and licensing fees, as well as creating reputational harm.

In addition, the complaint asserts that RideCo has falsely advertised its technology and services to prospective partners as substantially similar to Via’s technology and services. As part of its effort to style itself as a copy of Via’s services and products, the complaint states, RideCo has blatantly copied Via’s marketing and communications, in everything from trade dress to its description of the company’s services.

The complaint states that RideCo has been marketing and advertising transportation services based on an inferior copy of Via’s technology at artificially discounted rates, i.e., rates that would be much higher if it had to pay licensing fees for the use of Via’s patented technology. This creates unfair competition in the multi-billion dollar TransitTech category, which Via pioneered, as RideCo does not have to absorb the costs associated with inventing and developing these innovative products. Further, RideCo continues to target Via’s customers with a copy-cat product, to the detriment of Via and its customers.

«Via was compelled to take action due to RideCo’s clear, ongoing, and unlawful infringement of Via’s innovative patented technology,» said Charles K. Verhoeven, counsel for Via and co-chair of Quinn Emanuel’s National Intellectual Property Litigation Practice. «RideCo not only has copied Via’s patented technology, its very name and logo mimic Via’s trade dress colors and map pin logo, all in a clear effort to lure customers into utilizing its infringing version of Via’s technology.»

About Via:
Founded in 2012, Via pioneered the TransitTech category by using new technologies to power public mobility systems, optimizing networks of dynamic shuttles, buses, wheelchair accessible vehicles, school buses, and autonomous vehicles around the globe. Building the world’s most efficient, equitable, and sustainable transportation network for all riders — including those with limited mobility, those without smartphones, and unbanked populations — Via works with its partners to lower the cost of public transit and provide accessible options that rival the convenience of a personal car at a much reduced environmental impact. At the intersection of transportation and technology, Via is a visionary market leader that combines software innovation with sophisticated service design and operational expertise to fundamentally improve the way the world moves, with 200 global partners on six continents, and counting.