NEW YORK, April 28, 2021 /PRNewswire/ — The Paley Center for Media, the entertainment industry’s leading nonprofit dedicated to celebrating the cultural, creative, and social significance of media and its impact on society, today announced the addition of prominent leaders in the fields of media, entertainment, tech, and advertising to its prestigious Board of Trustees and Los Angeles Board of Governors. 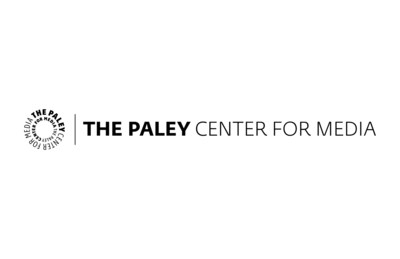 «We’re thrilled to welcome these extraordinary leaders to the Paley Center’s esteemed Board of Trustees and Los Angeles Board of Governors,» said Maureen J. Reidy, the Paley Center’s President & CEO. «We look forward to working with each of them and are very fortunate to have the benefit of their tremendous expertise, wise counsel, and visionary leadership to ensure the Paley Center remains the media industry’s preeminent nonprofit.»

The Paley Center’s Board of Trustees is chaired by Frank A. Bennack, Jr., and is comprised of some of the most exemplary leaders from the worlds of advertising, business, entertainment, gaming, technology, news, and sports. The Board offers guidance in support of the organization’s mission to lead the conversation around today’s rapidly evolving media landscape and provides critical input on strategy and operations, including public programs and exhibits, educational classes, workshops, and industry events hosted by the Paley Media Council.

For more information on The Paley Center for Media’s Board of Trustees and Los Angeles Board of Governors, please visit paleycenter.org.

About The Paley Center for Media

The Paley Center for Media, a 501(c)(3) nonprofit organization with locations in New York and Los Angeles, leads the discussion about the cultural, creative, and social significance of television, radio, and emerging platforms. Drawing upon its curatorial expertise, an international collection, and close relationships with the leaders of the media community, the Paley Center examines the intersections between media and society. The Paley Center’s premier programming sponsored by Verizon can be viewed through Verizon Media’s distribution channels, including being featured on the Yahoo Entertainment channel, as well as Paley@Home presented by Citi on the Paley Center’s YouTube channel and the Paley Center’s Facebook page. The general public can access the Paley Center’s permanent media collection, which contains over 160,000 television and radio programs and advertisements, and participate in programs that explore and celebrate the creativity, the innovations, the personalities, and the leaders who are shaping media. Through the global programs of its Media Council and International Council, the Paley Center also serves as a neutral setting where media professionals can engage in discussion and debate about the evolving media landscape. Previously known as The Museum of Television & Radio, the Paley Center was founded in 1975 by William S. Paley, a pioneering innovator in the industry. For more information, please visit paleycenter.org.