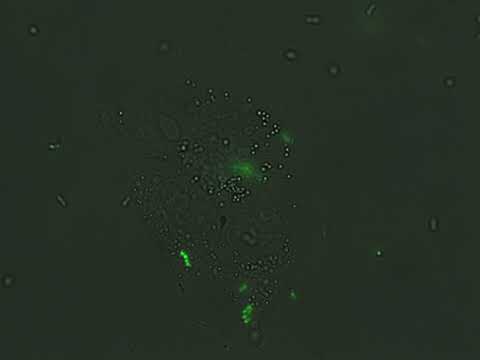 HADLEY, Mass., Oct. 21, 2021 /PRNewswire/ — A paper published today in the journal Nature Communications (https://www.nature.com/articles/s41467-021-26367-9) describes using a bacterial foe, salmonella, to treat cancer. Ernest Pharmaceuticals and the Forbes Lab at UMass/Amherst developed a salmonella-based cancer therapy that selectively invades cancer cells, then produces and delivers a cancer drug to kill the tumor. The paper describes research that shows that this therapy could become a powerful weapon in the war against cancer.

Since 1891 scientists have known that bacteria like to live and grow in tumors. Tumors can evade the human immune system, but this ability also allows bacteria to colonize these tumors without harming or infecting normal tissues. «You can see bacteria as little robots, that make and release the drug there where it is needed», says Neil Forbes, PhD, co-inventor of the therapy and Professor of Chemical Engineering at UMass Amherst. «Using the natural lifestyle of Salmonella, they make the perfect drug delivery system.»

To create this therapy, the Forbes’ team engineered a Salmonella strain that has specific genetic controls that can produce the drug, invade the cancer cell and release the therapeutic once it is inside. They then tested the therapy successfully in animal models.

«Using Salmonella, we are trying to solve two major problems in cancer drug delivery,» says Nele Van Dessel, PhD, also a co-inventor and CEO of Ernest Pharmaceuticals. «Firstly, bacteria homes specifically to tumors, so only the cancer cells receive the treatment, which avoids side effects on healthy tissue. Secondly, many commonly used cancer therapies attack very specific targets found in only a minority of cancers, leaving many patients without adequate therapies.» The Ernest therapy, called the Ernest Bacterial Vector or EBV, will home in on any malignant tissues, including metastases as small as five cell layers, making this therapy a possible answer for patients with a wide array of difficult to treat cancers, including liver, pancreatic and other cancer types still lacking suitable therapies.

«Bacteria can be the next generation of cancer therapies», says Professor Forbes, who founded Ernest Pharmaceuticals to bring this research from bench to bedside and continue the development of bacterial cancer therapies.

This research was supported by grants from the National Institute of Health, the National Science Foundation and the IALS/Manning foundation.

Ernest Pharmaceuticals is a biotechnology spin-off of the Forbes Lab at the University of Massachusetts Amherst. Ernest is developing a bacterial platform, called EBV (Ernest Bacterial Vectors) to deliver cancer drugs directly into solid tumor cells. This platform, which is based on a genetically engineered Salmonella strain, invades cancer cells in solid tumors and delivers cancer drugs directly into the cancer cell cytoplasm. Salmonella have the inherent capacity to home to tumors specifically, thus sparing normal tissues. Due to the immune-privileged environment within solid tumors, bacteria grow exponentially in this nutrient-rich environment. This tumor-specific delivery allows the use of a broad-spectrum biological therapy that can be potent across a wide range of currently hard to treat cancers, such as liver, ovarian and pancreatic.

More information can be found at www.ernestpharma.com

A Solar Wave Of Consumers Seeking To Produce Electricity