CARLSBAD, Calif., April 6, 2021 /PRNewswire/ — Ionis Pharmaceuticals, Inc. (NASDAQ: IONS) announced today that it intends to offer, subject to market conditions and other factors, $500.0 million aggregate principal amount of Convertible Senior Notes due 2026 (the «notes») in a private placement (the «offering») to qualified institutional buyers pursuant to Rule 144A under the Securities Act of 1933, as amended (the «Securities Act»). Ionis also intends to grant the initial purchasers of the notes an option to purchase, within the 13-day period beginning on, and including, the first date on which the notes are issued, up to an additional $75.0 million principal amount of notes. 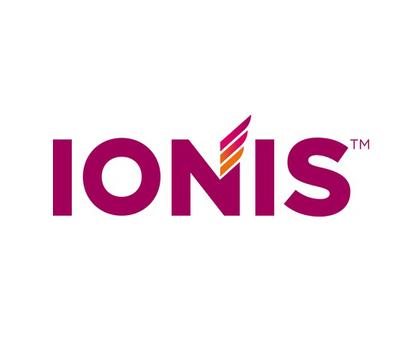 The notes will be general unsecured obligations of Ionis and will accrue interest payable semiannually in arrears. Upon conversion, Ionis will pay or deliver, as the case may be, cash, shares of its common stock or a combination of cash and shares of its common stock, at its election. The interest rate, initial conversion rate and other terms of the notes will be determined at the time of pricing of the offering.

In connection with the pricing of the notes, Ionis expects to enter into convertible note hedge transactions with one or more of the initial purchasers or their affiliates and/or other financial institutions (the «Option Counterparties»). The convertible note hedge transactions are generally expected to reduce potential dilution to Ionis common stock upon any conversion of notes and/or offset any cash payments Ionis is required to make in excess of the principal amount of converted notes, as the case may be. Ionis also expects to enter into privately negotiated warrant transactions with the Option Counterparties. The warrant transactions would separately have a dilutive effect to the extent that the market price per share of Ionis common stock exceeds the strike price of the warrants. If the initial purchasers exercise their option to purchase additional notes, Ionis expects to enter into additional convertible note hedge and additional warrant transactions relating to the additional notes with the Option Counterparties.

In connection with establishing their initial hedges of the convertible note hedge and warrant transactions, Ionis expects that the Option Counterparties or their respective affiliates will purchase shares of Ionis common stock and/or enter into various derivative transactions with respect to Ionis’ common stock concurrently with or shortly after the pricing of the notes. This activity could increase (or reduce the size of any decrease in) the market price of Ionis common stock or the notes at that time.

In addition, the Option Counterparties or their respective affiliates may modify their hedge positions by entering into or unwinding various derivatives with respect to Ionis common stock and/or by purchasing or selling Ionis’ common stock or other securities of Ionis in secondary market transactions following the pricing of the notes and prior to the maturity of the notes (and are likely to do so during any observation period related to a conversion of notes or in connection with any repurchase of notes by Ionis on any fundamental change repurchase date or otherwise). This activity could also cause or avoid an increase or a decrease in the market price of Ionis’ common stock or the notes, which could affect the ability of noteholders to convert the notes and, to the extent the activity occurs during any observation period related to a conversion of notes, it could affect the amount and value of the consideration that noteholders will receive upon conversion of such notes.

For more than 30 years, Ionis has been the leader in RNA-targeted therapy, pioneering new markets and changing standards of care with its novel antisense technology. Ionis currently has three marketed medicines and a premier late-stage pipeline highlighted by industry-leading neurological and cardiometabolic franchises. Our scientific innovation began and continues with the knowledge that sick people depend on us, which fuels our vision of becoming one of the most successful biotechnology companies.

In this press release, unless the context requires otherwise, «Ionis,» «Company,» «we,» «our,» and «us» refers to Ionis Pharmaceuticals and its subsidiaries.