SAN FRANCISCO, April 20, 2021 /PRNewswire/ — In California, drowning is the leading cause of injury-related death among children under the age of five, ranking in the top three states with the highest number of childhood drownings, according to Total Aquatics Programming data. As California has become the first state to deem swim lessons as an essential service amid the pandemic, Goldfish Swim School Franchising, LLC aims to bring awareness to the drowning epidemic and is strategically targeting California for franchise development with room to add more than 100 locations across key DMAs throughout the state. 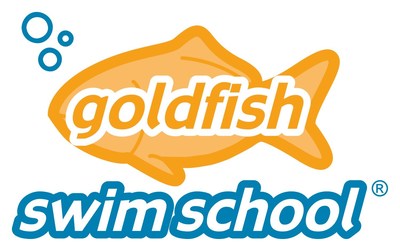 Kickstarting this development push are two new multi-unit agreements that will bring upwards of an additional six schools to the state over the next three to five years. These new agreements contribute to the brand’s overall explosive nationwide growth, having closed out 2020 with 19 signed agreements, 14 new school openings, with three openings in Q1 2021 and six more slated to open in Q2. Multi-unit signings have played a strategic role in the brand’s recent expansion, coming off the heels of a 19-unit agreement set to bring schools to Florida, Texas and Arizona, in addition to three other multi-unit development announcements in New York, Texas and Arizona.

Throughout California, Goldfish Swim School is seeking qualified franchise partners to develop in San Francisco, Los Angeles, Sacramento, and San Diego. Currently open and operating in California is Goldfish Swim School – Aliso Viejo. Franchisees, Jesal and Parina Mehta, opened their school in January 2019 and have since established deep community ties as they remain fully committed to enriching the lives of children in California.

«Our franchise partners take great pride in knowing their business is truly impacting their community,» said Dan Israel, Vice President of Franchising. «With Goldfish, they’re investing in an organization with a strong culture, solid systems, and a strong business model with a talented support team – all reminders that they’re operating their business with the backing of the no. 1 brand in the space.»

«Our Franchise Office team continues to produce the best-in-class support tools and our development group has found new, cost-saving opportunities to keep business profitable and reduce upfront cost,» said Chris McCuiston, CEO & Co-Founder of Goldfish Swim School. «There’s an unwavering demand for high-quality swim lessons, and this coupled with an open real estate market, is taking our statewide development to the next level. We’ve built an incredible infrastructure for growth and by partnering with like-minded franchisees, we are poised for long-term success.»

The success achieved by the brand has not gone unnoticed as the franchise industry has honored Goldfish with several recent award wins – ranking No. 11 on Franchise Times’ Fast & Serious List, No. 29 and the top swim school franchise in Entrepreneur Magazine‘s 2021 Franchise 500®, named a Top Franchise for 2021 by Franchise Business Review, while also making an appearance on The Inc. 5000 list for the sixth year in a row. Consistently outranking its competition, Goldfish Swim School continues to prove itself as a top-rated and most established swim school franchise in the space. Its ability to go above and beyond to nurture a culture that provides a GOLDEN Experience! is unmatched by its competition. Goldfish Swim School’s core values extend from its members to its franchisees, as the Franchise Office Support team is committed to going above and beyond with every detail. It is this level of best-in-class support that drives prospective franchisees to continuously choose Goldfish.

Goldfish Swim School provides swim lessons and water safety instruction to infants and children ages four months to 12 years, teaching children how to be safer in and around the water. Each school offers swim lessons and programs using a proprietary philosophy, The Science of SwimPlay®, to build life skills both in and out of the water using play-based learning in a fun and safe environment. Each school’s number one focus and main priority is always the same – educating children on water safety while teaching them how to swim and respect the water.

For more information on Goldfish Swim School and its franchise opportunity, please visit https://www.goldfishswimschool.com/franchise-opportunities/ or call 248-801-1850.

About Goldfish Swim School
Founded by husband and wife team Chris and Jenny McCuiston, Goldfish Swim School provides swim lessons and water safety instruction to infants and children ages four months to 12 years. Classes are offered by specially trained instructors in a safe, child-friendly and fun environment using their research-based philosophy called The Science of SwimPlay®. Headquartered in Troy, Michigan, Goldfish Swim School was established in Birmingham, Michigan in 2006, and opened its first franchise location in 2009. Recently, the brand was recognized by Entrepreneur in its Franchise 500® ranking, Franchise Times’ Fast & Serious List, and Inc. Magazine’s Top 5000. Goldfish Swim School is currently in the process of expanding franchise opportunities throughout North America, with more than 114 schools open, and an additional 130+ in development in more than 30 states and Canada.