CHARLESTON, S.C., May 3, 2021 /PRNewswire/ — Dixie Vodka, the award-winning craft vodka based in Charleston, SC, announced today a partnership with Tony Stewart of Stewart-Haas Racing, one of NASCAR’s most celebrated drivers. The partnership represents a natural extension for Dixie Vodka, which is not only one of the fastest-growing craft spirits brand in the Southeast, but also claims the honor of the first Official Vodka of NASCAR and serves as the title sponsor for the Dixie Vodka 400 at the Homestead-Miami Speedway each February. 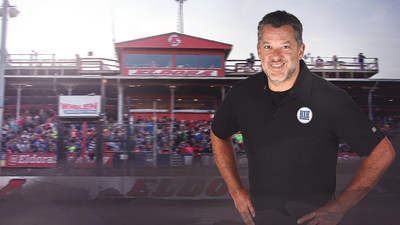 Award-winning Dixie Vodka announces a partnership with Tony Stewart, one of NASCAR’s most celebrated drivers.

«The opportunity to partner with legendary driver Tony Stewart is exciting for everyone on the Dixie team and further expands our presence in the motorsports world,» says Matti Anttila, founder and CEO of Grain & Barrel Spirits, the parent portfolio of Dixie Vodka. «Already the Official Vodka of NASCAR, we are quickly becoming the go to vodka for motorsports fans across the country.»

TONY’S TEA HITS SHELVES IN JUNE
In collaboration with Stewart, Dixie Vodka has also created a new, ready-to-drink canned cocktail called «Tony’s Tea,» which will debut this June alongside a series of three other canned cocktails from the brand. Tony’s Tea features a combination of iced tea and lemonade spiked with Dixie Vodka’s award-winning flagship Southern Vodka.

«I’m always on the go, but that doesn’t mean I sacrifice quality for speed. That’s why I partnered with Dixie Vodka,» Stewart said. «Their attention to detail is second to none, and when we were looking to create a great-tasting and ready-to-drink cocktail, Dixie Vodka delivered. Ice it and open it and Tony’s Tea is ready to go. I’m looking forward to working with Matti and his team at Dixie Vodka to introduce this line of canned cocktails to our fans.»

ABOUT DIXIE VODKA:
Launched in 2014 and based in Charleston, SC, Dixie Vodka was established with the simple mission of creating an all-American premium craft vodka that represents the best of Southern flavor, craftsmanship and hospitality. With six signature flavors – including its flagship Southern Original, Black Pepper, Citrus, Mint, Peach and Wildflower Honey – Dixie Vodka partners with local farmers across the South to infuse regionally cherished ingredients into its award-winning products, each of which is six-times distilled from American corn. In 2020, Dixie Vodka was ranked the ninth-fastest growing spirits brand in the United States by the Beverage Information Group and remains the largest premium craft vodka produced in the Southeast. In partnership with the Southern-raised sport that transcends regional boundaries, Dixie Vodka is proud to serve as the Official Vodka of NASCAR, the title sponsor of the Dixie Vodka 400 at Homestead-Miami Speedway, and the Official Vodka of Stewart-Haas Racing. Dixie Vodka donates at least 1% of all profits through its 1% for the Planet program, a commitment to supporting non-profits that work to protect the future of the planet. A core brand within the Grain & Barrel Spirits portfolio – an innovation-driven beverage platform that develops and scales craft spirits brands led by founder Matti Anttila – Dixie Vodka can be found on Facebook and Instagram, and on shelves in more than 30 states. 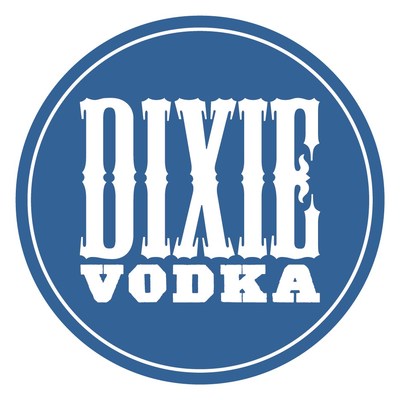